Who has been called a "junkie" in one form or another, either during active addiction or even in recovery? All we want is to be accepted back into society, and we tend to lose sight that we are more than just recovering addicts/alcoholics. There's a certain stigma to addiction. I've seen it time and time again that we tend to put ourselves in a separate category, away from the rest of the world, but it's validated because it can definitely feel as if society makes a determining effort to put us there. We're faced with judgment every day based on our poor decision-making and past mistakes. There are two types of stigmatism related to addiction: public stigma, which is society's view to those dealing with addiction, and self-stigma, which is the internal judgment we establish within ourselves when dealing with addiction.

Public stigma of addiction is based on the assumptions and misunderstandings as to what we go through, but just because they claim to know about who we were and are as people doesn't mean it's true. Only those living with addiction can fully understand what we go through. The public stigma considers us to be untrustworthy criminals, and failures with no ambition because we're too weak-minded and lack self-control. Have you ever been in this scenario where something has gone missing, and you're instantly worried that the blame would be put on you? That's part of the public stigma. The people who don't suffer from addiction may assume you're untrustworthy and you'll steal just about anything for drug-money. It's assumed we have no morals, standards, and values. We especially don't value ourselves; therefore, we don't value others. 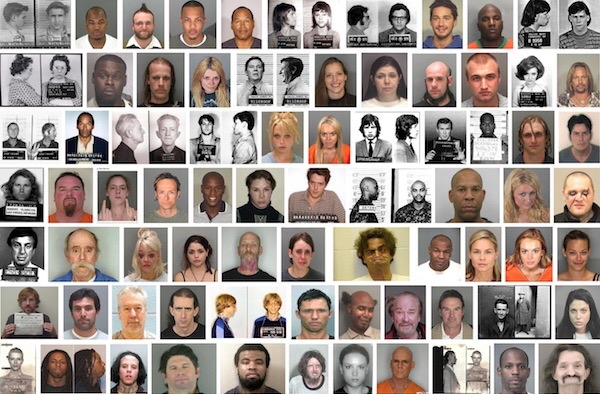 Self-stigma is how we see ourselves, which includes hopelessness, helplessness, worthlessness, guilt, and shame...etc. We tend to internalize what society claims us to be, based on their assumptions. We don't shower or brush our teeth during addiction because we don't care. Our outer appearance shows precisely how we feel about ourselves on the inside. We don't take care of ourselves, so why would someone believe we're worth saving if we don't even see the good within us. We know we're untrustworthy during our addiction; we're not blind, but we make that an excuse to keep using because it's better to get high than to feel all the guilt and shame associated with our poor choices

The stigma is a dangerous line to walk on. It can affect the lives of others by convincing the addict they aren't worth saving. It is said that stigma may very well be the most dangerous part of addiction. Go forth into every situation with love, whether it be with a person diagnosed with cancer, or someone who battles with inner demons. We will all suffer eventually, whether it be physical or mental suffering.

Stigma is a public health issue — it contributes to high rates of death, incarceration, and mental health concerns among dependent populations. Unfortunately, people who experience stigma regarding their drug use are less likely to seek treatment. It's also common for nurses to have a negative view on drug users, and can discourage the patient from seeking further healthcare treatment. What therapists and doctors want us to understand is that addiction and mental health needs are like any other disease. A person recovering from PTSD or alcoholism needs support from family and community in the same way a person fighting cancer does. It affects individuals who are every bit as moral, productive, intelligent, talented—and humanly flawed—as the next person. By educating the public that addiction and mental issues are both common and treatable, like any other disease, they hope to remove the stigma.

The public opinions of us discourage those who don't have the strength yet to get clean. The addict/alcoholic is most likely sitting on the idea that they're worthless. Some take longer to get better than others, but we shouldn't alienate them for traveling down their own path to recovery if it takes just a bit longer than you expected. We all overcome addiction individually at different paces. The only important thing is that we DO recover, and we will with the support of society, not just our fellow addicts/alcoholics. The rooms and the program is based on anonymity, but the reason why I prefer to speak up is that I am not the stigma that society placed on me. I am what I choose to be, and what I want to be is a great daughter and friend with dreams, goals, and a life outside of recovery. I have recovered. And you most certainly can too!

4 Lack of willpower or work ethic - Substance abusers are weak-willed, lack self-control, and are lazy.

5 Hopelessness\helplessness - Substance abusers are unlikely to recover, and their future is bleak.

6 Incompetence - Substance abusers are incompetent, inept, and generally ineffective in their lives.

7 Blameworthy - Substance abusers are to blame for their difficulties and worthy of contempt.

8 Violent\unreliable - Substance abusers are easy to anger, often violent, erratic in their behavior, and generally untrustworthy.

*Remember - these stereotypes are false despite your personal relation to them. That's the perfect example of self-stigma, which, once again, is just you internalizing society's view of addiction. We can conquer anything we set our minds to. We are not a stigma, and we are more than just a RIP status on Facebook. God doesn't make mistakes, so He certainly didn't make one when He made you.

An Alarming Number of Star Athletes Are Becoming Addicted to Painkillers. Here's Why

All Forms of Recovery